Hello everyone! So, my vacation is now over, so it’s time for me to get back to work! Though to tell the truth, I honestly didn’t do that much vacationing… I spent a lot of time writing, in fact. My wife has threatened to take me on a real vacation later this year, and I’m acquiescing, of course.

Now, on to actual updates! First off, Hell’s Ascendant is on-schedule for release on September 2nd. I have a few things I have to line up, but they’re purely on my end at this point, so if I don’t have it ready, it’s my own fault. Tomorrow I’m going to re-read what I have of Crisis of Faith from the beginning and get going on the story again, and since I have an appointment with the editor for late October, I don’t have time to dilly-dally with it. I’m expecting to have it available sometime in November, even if I’ll admit that it’s a slightly ambitious schedule.

After I finish Crisis of Faith, my next mainline project is going to be Queen’s Move, the next book of Lilith’s Shadow. And yes, I said mainline for a reason. See, I’ve finished my side project, Sting & Song, and I’m working on editing it on the side. It’s not as long as most of my stories, only ~78,000 words, but I rather enjoy it. I do not have a release date for it, since I didn’t have an editing date for it until quite recently, but you’ll hear more about it in the future.

On a slightly different subject, I want to remind everyone that the audiobook Hell’s Ascendant will not be out until December at the earliest, and possibly not until January, depending on when the approval happens. However, with Sarah Goer being booked so heavily, I’m currently looking at the possibility of contacting other narrators. Now, since I don’t listen to audiobooks, by and large, I’d love it if any of you would tell me who your favorite narrators are, so I could see if I can find a good one.

Finally, I have one other thing to share. My Patrons on Patreon funded art of another character this month, and I commissioned two pieces, one of Korima from Through the Fire, and the runner up in their votes was Roselynn from Mantles of Power. I found a relatively inexpensive artist who goes by Dhamca, who did the following piece of Roselynn. You’ll have to wait on the piece of Korima, as it’s going to take a while longer! 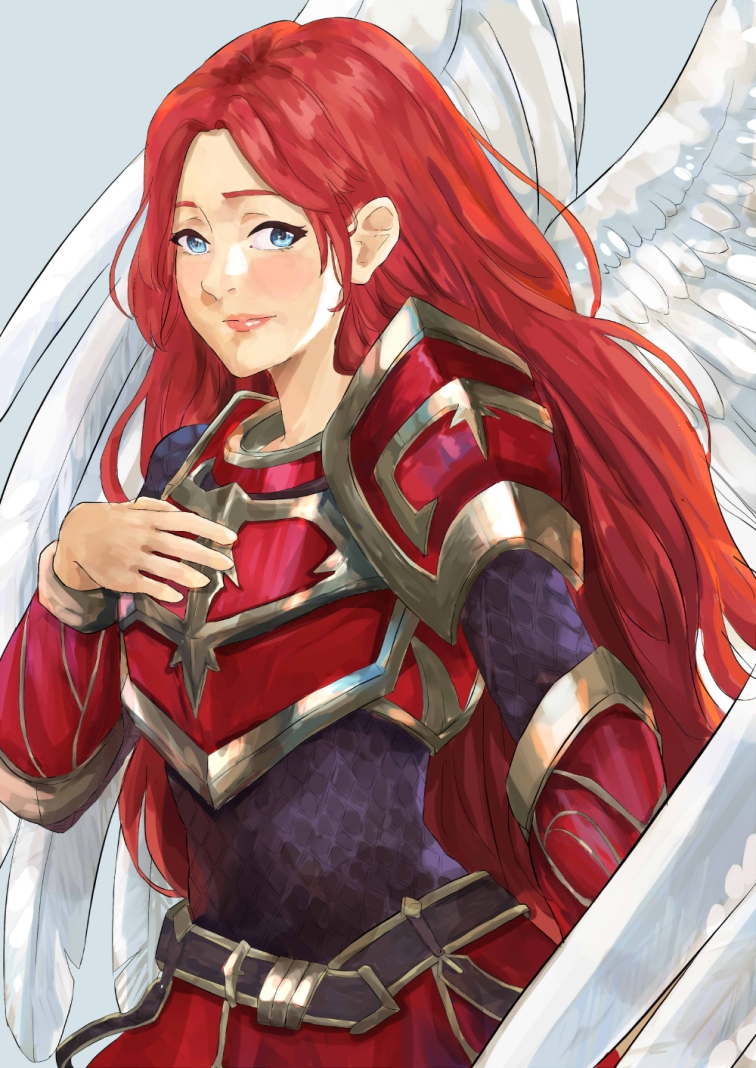