Alright, I got back into the swing of things this week, and Hell’s Ascendant is up to 72,500 words! I’m hoping to have the rough draft done by the end of the month, but I don’t know if that’s going to happen, with everyone who’s coming into town, my anniversary, and other things coming up.

Either way, I also have art to share! Also illustrated by Nguyen Uy Vu, this is the cover of Hell’s Ascendant, and no, I’m not going to say who the character on the front is. That could be construed as spoilers, though those of you on my Patreon or who subscribe to my newsletter likely already know who it is. 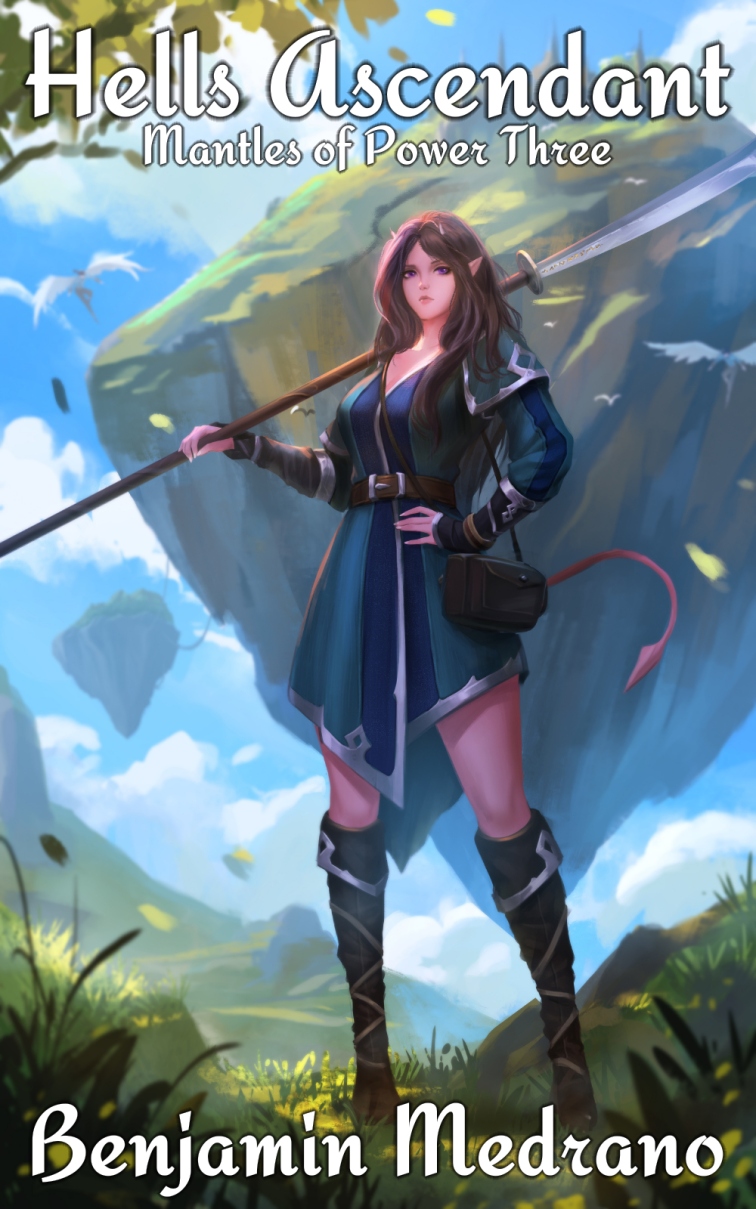 Edit: Somehow I managed to schedule this for this afternoon instead of this morning. My apologies!