The Ancient Dreams series is a trilogy I’m currently working on. The first book, Ancient Ruins, has been published already. The second book has been published as well, under the name Spells of Old. The third book, Halls of Power should be released before October 2017. I do have a tentative map to share. Some of the locations listed haven’t been mentioned in the book as of yet, and I am still working out the exact scale, so this should not be taken too literally. But regardless, here we are. 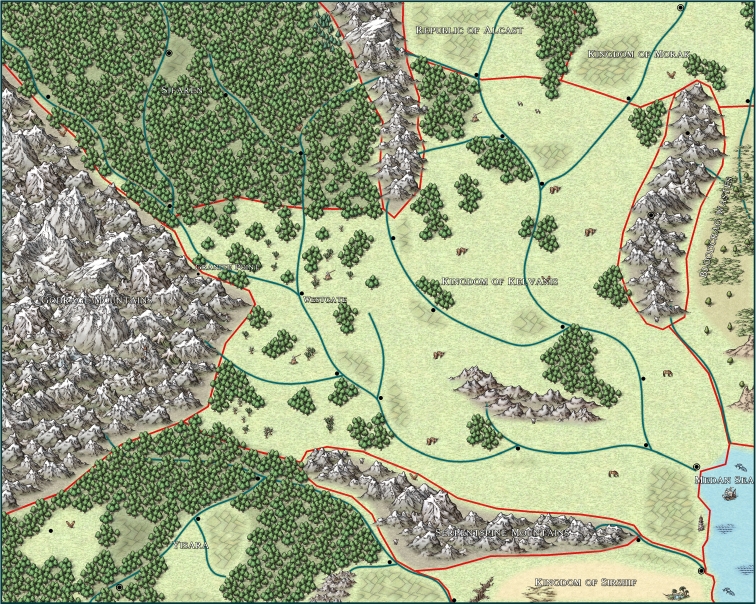