Tomorrow The Avatar’s Flames comes out! I’m excited and panicked, which means that it’s just the usual for me. I hope people enjoy it, though I’ll warn that, as one of the ARC readers pointed out, it doesn’t have as much action to the story as some of my other ones. That doesn’t mean it won’t have that sort of chaos, but the stories are definitely more interconnected than some of my other books.

So it’s good I’ve put up a pre-order for Queen of Ice, right? That will be coming out November 12th, and I’ve already scheduled time with the editor for The Obsidian Palace in early January.

Speaking of Queen of Ice, I have a bit over 41,000 words written on it, and things are starting to get a bit more chaotic. I hope to have the first draft wrapped up by late September, but like all things writing, I have no guarantees on that. However, I thought I should also include the current versions of the covers for the entire trilogy. I think I’ve gotten them to be about right, but I’ve had mistakes sneak past me before. 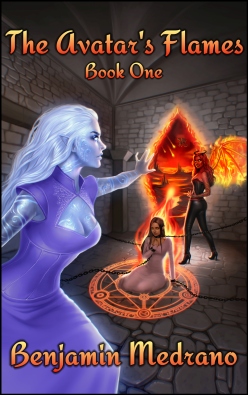 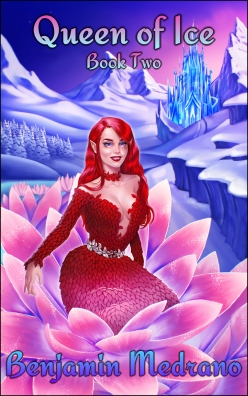 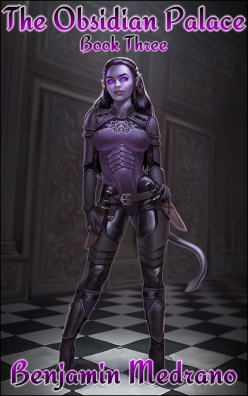 In fact… interesting how the title drifted upward and my name downward with each of them. I’m fairly certain that’s mostly because I don’t want to cover major details if possible. In any case, that’s the current versions of each! I’m not telling who characters are, save for Essryl in the last picture, who I’ve named before.